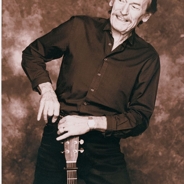 After 50 active years of hit song making and international album sales well into the multi-millions, it’s safe to say that esteemed singer-songwriter and musician Gordon Lightfoot resides with some very exclusive company atop the light of all-time greats. The tour will feature his well known kits as well as some deep album cuts with some of Lightfoot’s own behind the scenes stories and personal anecdotes about his historic 50-year musical career.

Gallery admission to the UC Berkeley Art Museum and Pacific Film Archive is free the first Thursday of every month. Gallery Hours; 11:00 am to 5:00 pm. 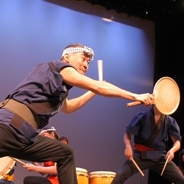 San Jose Taiko concludes its 40th Anniversary Season with a concert performance that includes fan-favorite SJT classic arrangements as well as some world-premiere compositions. Special guest artists Abhinaya Dance Company of San Jose join SJT on stage for a portion of this program. Also, witness the debut performance of one of the largest taiko in North America.

Celebrate with us in honor of all our ancestors, the people continuing the spirit today, and future generations. 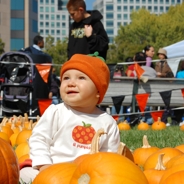 Pumpkins in the Park

Tuesday, Oct 15 8:00p
Gallo Center for the Arts
1000 I St.
Modesto, CA 95354
(209) 338-2100
Bryan Adams negotiated the shifting tides of the ’80s so well that it never seemed like he was changing his music to fit the times. A veteran of the ’70s studio arena rock game, Adams struck out on his own in the early ’80s, turning into a star in his native Canada and making headway with his 1983 album, Cuts Like a Knife. All of this was a prelude to Reckless, the 1984 album that turned him into an international superstar, selling by the truckloads in North America, Europe, and Asia thanks to the… Read More 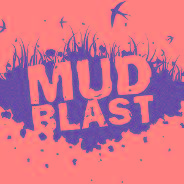 The Mud Blast is a trail and obstacle course event, designed for runners to have fun in the mud and enjoy the beauty of the San Joaquin River. It’s a 5k course for runners .This event is a fundraiser for River Partners, a nonprofit organization dedicated to the restoration and conservation of California’s rivers and floodplains. Register & read more at mudblast.org

Come in costume and join the fun at Jelly Belly. Kids 10 and under parade through Jelly Belly (open to the first 300 children in costume). Parade begins at Jelly Belly Visitor Center at 10:30 a.m. and marches through the Haunted House on the candy factory tour. Face painting, clowns and treats. Free.

Eat Drink and be Scary at the Opera House

Eat, Drink and be Scary at the Vacaville Opera House Halloween Bash on Saturday, October 26. Special guest, Whiskey & Honey. Doors open at 8 pm. 21 and over. Ghoulish snacks by Merchant and Main. 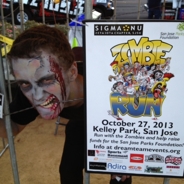 Run with the Zombies

Support the San Jose Parks foundation by joining Sigma Nu and Dream Team Events at the “Run with the Zombies” 5k Fun Run at Kelley Park in San Jose. Come as a Zombie, or as a Runner as everyone runs side by side through the city streets and beautiful Kelley Park!

The Merced Zoological Society will be hosting the annual Zoo Boo at Applegate Park Zoo on Friday and Saturday, October 27th & 28th, from 6 -8:30 PM. Bring a bag or container to collect candy! Read More