Join live cast Barely Legal at the Camera 3 for:

• Music, dancing & mingling
• Ridiculous games
• The first Rocky Horror of the year
• And so much fun it’s Barely Legal 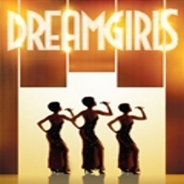 Full of onstage joy and backstage drama, DREAMGIRLS tells the story of an up-and-coming, 1960s singing girl group, and the triumphs and tribulations that come with fame and fortune. With music by Academy Award nominee Henry Krieger and book and lyrics by Tony and Grammy Award winner Tom Eyen, DREAMGIRLS features the unforgettable hits: “And I Am Telling You I’m Not Going,” “One Night Only” and “Listen.” This Tony and Academy Award winning musical sparkles… Show more

Monterey Jazz Festival 55th Anniversary Celebration at Napa Valley Opera House. Performing Benny Green
Although not yet an innovator himself, Benny Green has managed to combine the styles of Bobby Timmons, Wynton Kelly, Gene Harris, and especially Oscar Peterson in his playing; his fast octave runs are often wondrous….

January 19, 2013 Saturday 3:00 pm (repeats 1 time)
Sacramento Community Center Theater , Sacramento CA
Since March 2001, the hilarious show Menopause The Musical® has entertained and inspired women from coast-to-coast and internationally. The work of writer Jeanie Linders, Menopause The Musical® is a 90-minute production which includes 25 re-lyricized tunes from the ‘60s and ‘70s and culminates with a salute to women who are experiencing The Change. 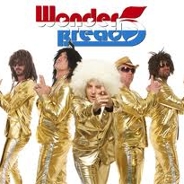 For more information or tickets contact Debbie Schlienger at 707-480-7221 or by e-mail Debbie@Schlienger.com

In the Name of Love, the 11th Annual Tribute to Dr. Martin Luther King

Saturday, Jan 19, 2013 7:00p to 9:30p
Paramount Theatre Oakland, CA
Phone (510) 287-8880, Price $15.00 – $45.00, Children Under 13 $8.00
In the Name of Love is a stunning tribute to one of the greatest humanitarians of our time. With American singing legend and Grammy Award winner Jennifer Holiday; the powerful 65 voice Oakland Interfaith Gospel Choir; and the 250 voice Oakland Children’s Community Choir; the 11th Annual Tribute promises to be a profound celebration of civil rights and an amazing evening of music.

Rock of Ages, the Musical